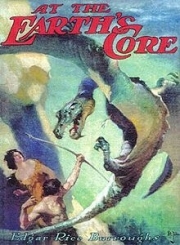 Synopsis by Kory, winner of the Synopsis Compet.i.tion! A great s.h.i.+ft in the rules of Nature have sent the world of man and beast to flee the surface. Below the Earth, a t.i.tanic network of caves become the new home of the two species. To preserve what life and peace they can the ma.s.sive caves were divided, giving humans and beasts their own separate sovereign lands. Years pa.s.s&h.e.l.lip. Suddenly, the discovery of powerful objects that empower those lucky enough to find them, leads the world of man to cross the borders and invade. Wars between the humans and the beasts over these precious “Earth Cores” begin. Technology and new resources begin to be used to strengthen humans, and the wars continue. Years pa.s.s&h.e.l.lip. Three human generals reaching a new peak in their Martial cultivation rebel against the leaders of man, and lead “New Earth” to peace. An agreement is reached between the worlds of man and beast, and humans are slowly led into an era of enlightenment. A new world of Martial cultivation begins, a world where every man, woman, and child receive an Earth Core of their own. Into this world is born the unique soul of a young boy; born destined, coerced, and forced into finding a new path to power. As the entire New Earth below idly stares up wondering&h.e.l.lip What has become of the surface?